The Nature and Characteristics of Slate 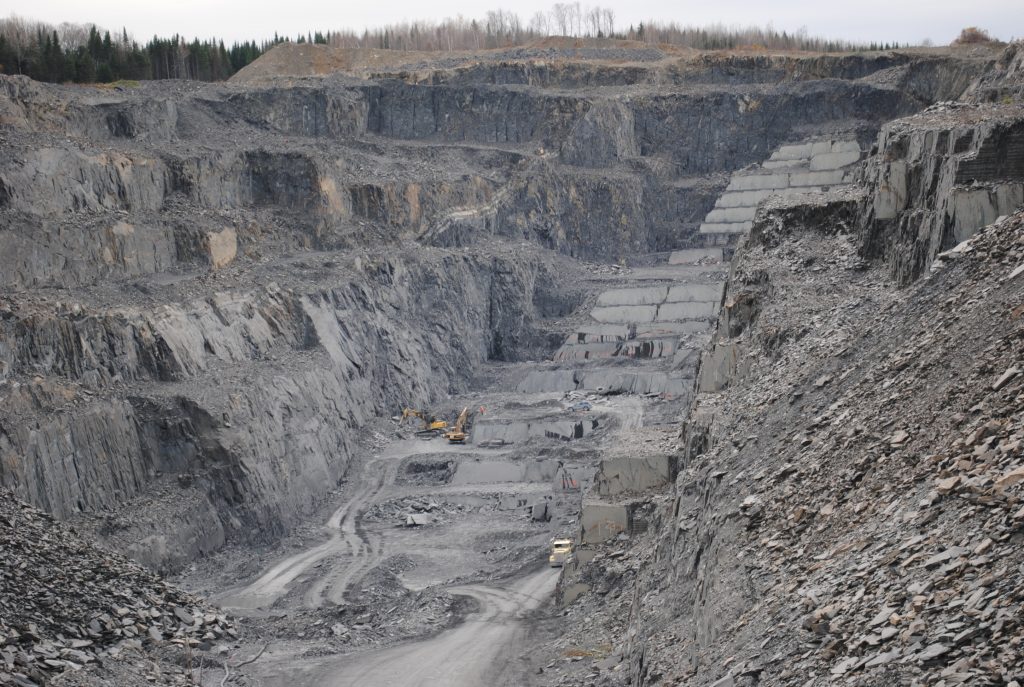 Slate is a microcrystalline, fine grained metamorphic rock formed 400 million to 550 million years ago. Sediments accumulated on the sea floor were exposed to extreme pressures which lead to the chemical and mineralogical transformations you see today. Natural slate has many uses which include roofing material, floor tile, countertops, wall cladding, blackboards, and even tub and shower enclosures. 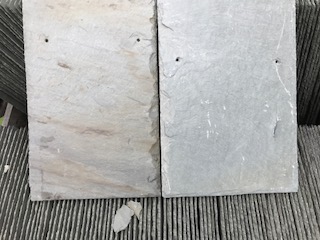 One of the unique and aesthetic advantages of natural roofing slate is the subtle variation in color, shade, veining, and grain of each individual slate shingle on a roof. These color variations should be expected. There are two color adjectives that have been used in the roofing slate industry that explain the change of color known as weathering and fading. Slate can be known as “weathering” and “non-weathering”, or “fading” and “non-fading”. Unfading slates more or less maintain their original color on the roof. Weathering is used to describe slates that would show various percentages of color change slowly. as the slates were exposed to the elements.

Colors of slate include black, gray, green, purple, red and other mixed combinations. Each region where slate is produced has their own unique color. 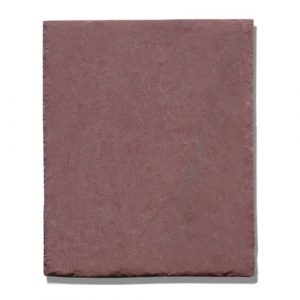 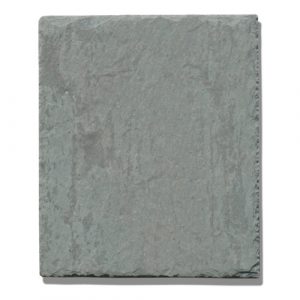 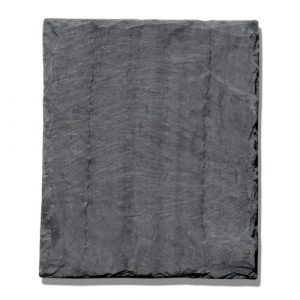 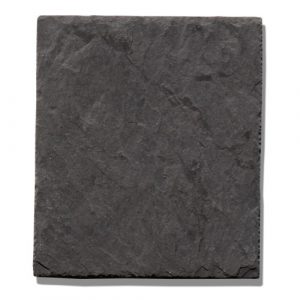 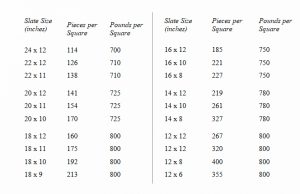 Standard dimensions of roofing slate begin at 12 inches in length and increase by 2 inch increments up to 24 inches. The standard shape for natural roofing slate is a rectangle with the long dimension laid running parallel to the slope. Standard thickness is 1/4″- 3/8″ and can be as thick as 1″. For the purposes of slate, a roofing square is defined as a sufficient number of pieces of slate shingles of a given size required to cover 100 square feet of open roof when laid with a 3 ” headlap. There are many different styled cuts that can be produced as seen below. 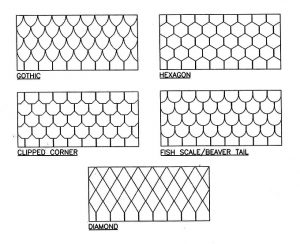 Each natural roofing slate should be installed with a minimum of two nails. Field slate holes are normally punched or drilled by the producer with two nail holes located one-quarter to one-third down the slate length, measured from the head of the slate, and 1 1/4″ to 1 1/2″ in from each side. It is standard to drill, rather than punch, slates that are thicker than 3/8″. 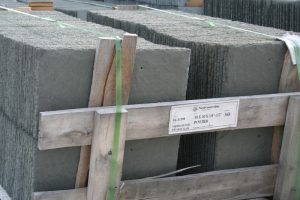 Slate should always be packaged and stored on its edges (never flat) on a solid base. Rows of slate in crates, pallets, or storage should be tightly packed on their sides or ends with adequate headers on the pallet sides to support them and hold them in place. Depending on size, two to three rows of slate can be stacked vertically as long as each row is separated by two pieces of wood lath to provide support for each row.