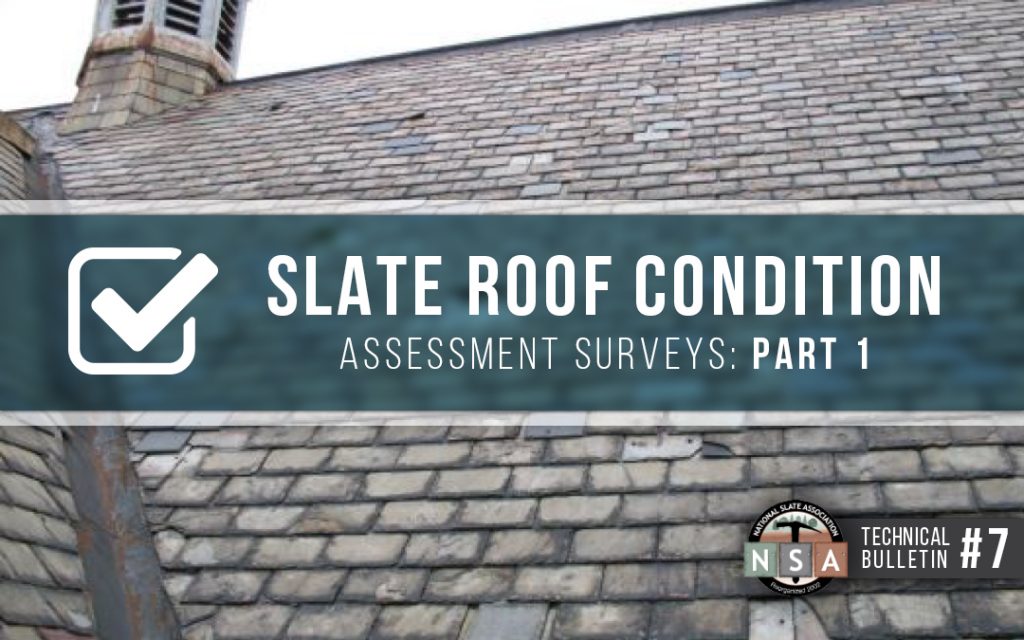 Introduction
Peak U.S. domestic slate roofing production occurred in the years surrounding the turn of the twentieth century, from about 1885 to 1925 (see Technical Bulletin No. 5, “Historic Production Data”). Much of this slate is now nearing the end of its expected service life. This Technical Bulletin addresses key aspects of assessing the condition of existing slate roofs, with a focus on what to look for with regard to the slate itself, slating nails, and flashings. The condition of roof underlayments for slate roofs will be explored as well.

Assessing the Condition of the Slate Shingles
In assessing the condition of slate shingles, it is helpful to have knowledge of the type of slate present on the roof and the date the shingles were installed. This information, combined with knowledge of the estimated service life of the slate, can provide an insight into the expected remaining service life of the roof. Be aware, this is just an initial insight, which must be tempered by a complete look at the condition of the slate, slating nails, and flashings as outlined below.

The estimated service life of slate shingles depends on the geology of the slate – its mineral  composition and the heat and pressure it was subjected to during its formation – a process known as metamorphosis. Based on past history, it is known that different roofing slates have different estimated service lives depending on which region of the country from which they derive (Figure 1) and assuming all other things associated with the roof are equal. These estimated service lives are shown in Table 1. Of course, all other things are never equal, and such factors as roof slope and orientation, the presence of shade trees, runoff from low-slope roof areas located above the slate, foot traffic, the quality of the original installation, and maintenance activities, all impact the longevity of the roof system.

As an example, if the roof is covered with Vermont unfading green slate installed in 1925, and the current year is 2020, that means the slate is 95 years old and could have an expected remaining service life of approximately 30 years, depending on the factors discussed previously and the findings of an on-site condition assessment. If the roof slope is found to be only 6:12, and the slate not very well maintained, the roof could be nearing the end of its service life. If, on the other hand, the slope is 14:12 and the roof was installed well to begin with and regularly maintained over the years, it could have an  expected remaining service life of 40 years. 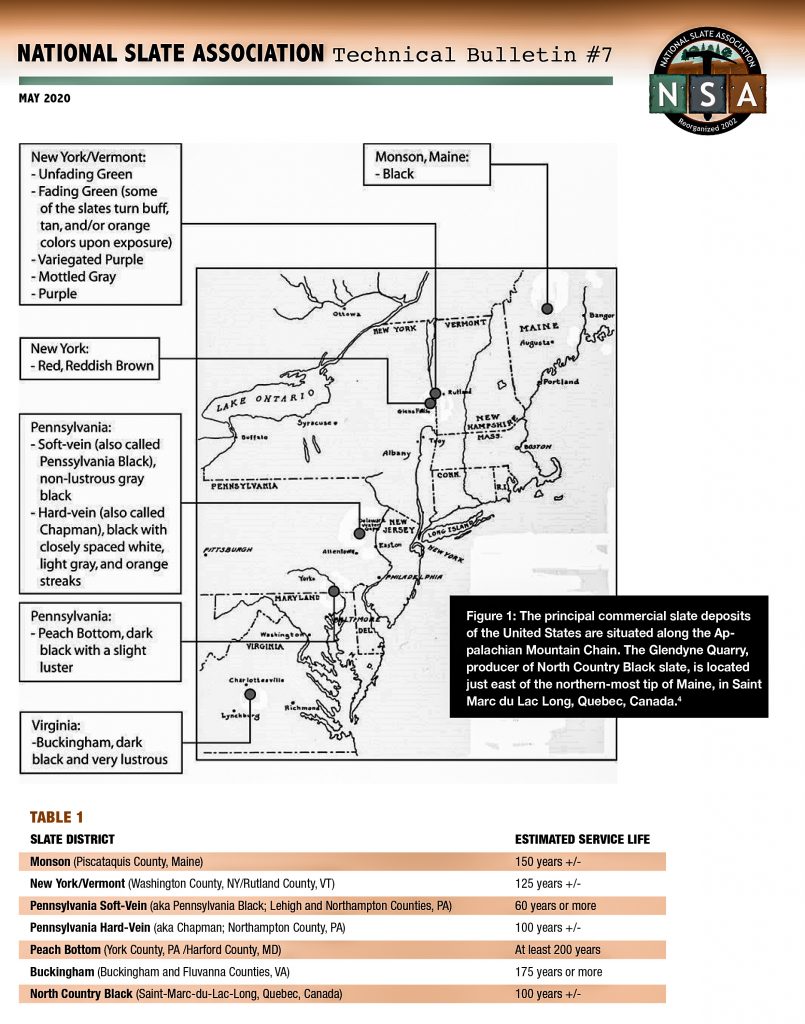 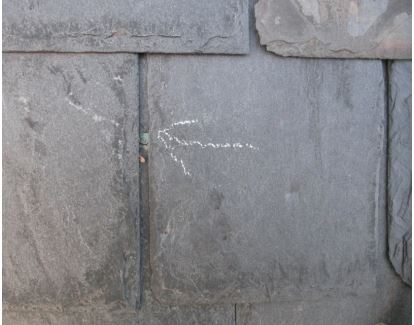 Figure 2: Exposed copper slating nail within a bond line; in this case the result of the use of a narrow slate and insufficient offset

During the field survey portion of the condition assessment, broken and missing slate shingles can generally be seen from afar – from grade using the naked eye and/or binoculars. It is important to observe the slate upclose as well, to look for such things as cracked slates, exposed nails within the bond lines of the slates (Figure 2), wear holes caused by the heads of the slating nails working their way through overlying slates (Figure 3), and delamination. 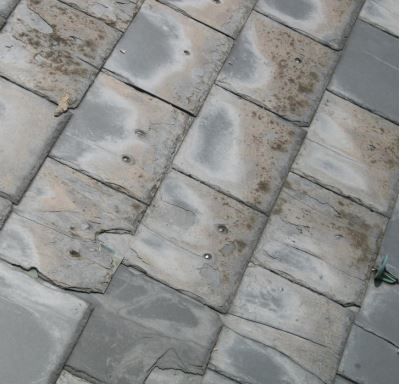 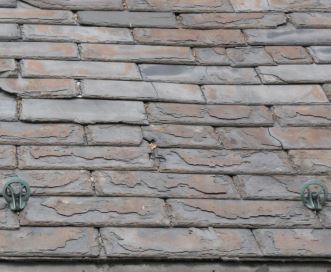 Figure 4: Severely delaminated slate shingles. The relatively low slope of the roof (5:12) helped to accelerate the rate of deterioration.

Delamination occurs when impurities contained within the slate (primarily calcite and iron sulfides, such as pyrite and marcasite) react, in association with hot/cold and wet/dry cycling, to form calcium sulfate (gypsum) molecules that take up slightly more volume than the original minerals. This gradually pushes the slate apart along its cleavage planes, eventually manifesting itself as the paper-thin laminae we observe on the exposed and hidden faces of the slate (Figure 4). As the slate delaminates, it becomes softer and more prone to breakage. It also tends to hold moisture longer, thus becoming susceptible to freeze/thaw damage. The moisture retained in the slate can also begin to cause the wood roof deck to rot, especially if the original felt underlayment is in poor condition. The lower the slope of the roof, the greater the rate of weathering and deterioration as the slates tend to stay wet for a longer period of time after each precipitation event. 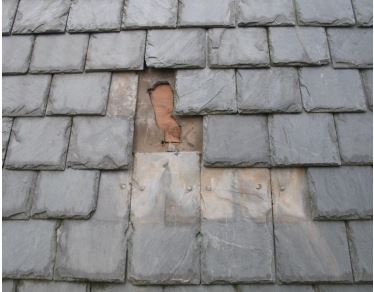 Figure 5: Test opening in a 90-year old roof with a slope of 14:12 and covered with slate shingles from the Monson District, Piscataquis County, Maine. The slate, hot-dipped galvanized slating nails, and felt underlayment were found to be in good condition.

In addition to observing the exposed portion of the slate shingles, a random sampling of slates should be removed in order to observe the back sides of the shingles and allow for sounding the slates. While the slates are out, headlap can be verified, and the type and condition of roof underlayment(s) and slating nails can be observed as well (Figure 5). Removing one to two slates per slope is generally sufficient to draw conclusions, although on a large roof, or particularly large roof area (e.g., on the order of 3,000 to 5,000 square feet), removal of additional slates may be necessary. Removed slates should be reinstalled upon completion of observations. 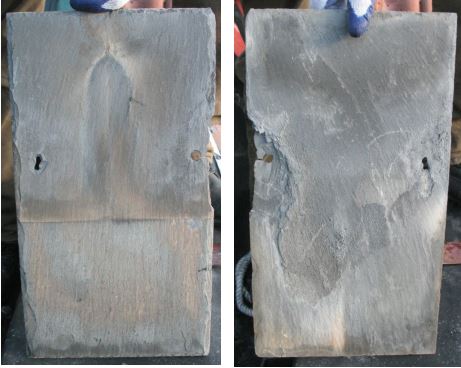 Figure 6: The exposed portion of this slate (left) exhibits little to no delamination. The unexposed face (right) exhibits a good deal of delamination, especially around the nail holes, where the loss of section is significant.

It is important to observe the back side of the slate shingles because it will sometimes be found to be in “worse” condition – that is exhibiting a greater degree of delamination – than the exposed portion (Figure 6).

Sounding a slate is an excellent method by which to gauge its integrity and confirm one’s visual observations.The method is simple: grasp the slate in one hand and then tap the exposed face with a knuckle or metal object, such as a slating hammer. Sound slates will emit a distinctive ring when tapped in such a manner. A dull thud, similar to that which might be emitted by a piece of wood, is usually indicative of a very weathered slate that is delaminating. A rattling sound typically indicates a cracked slate, or a slate containing a loose fragment separated from the main body of the shingle along its cleavage plane. 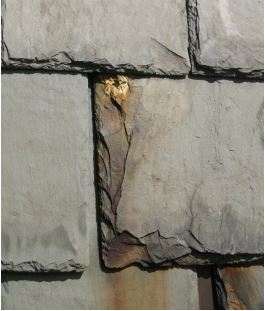 The presence of oxidizable iron pyrites in slate shingles can cause rust staining on the surface of adjacent slates and appear unsightly. The condition, sometimes called “rusting-out,” occurs most often in New York/Vermont weathering green slate, but sometimes in unfading green as well. The condition is typically isolated to a relatively few slates. When in an advanced state, the affected area can be flakey and soft due to the increased volume of the oxidation product compared to that of the original pyrite (Figure 7). Replacement of the slate is required to prevent further deterioration and staining. 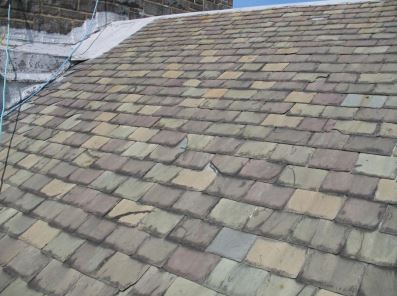 Figure 8: Sometimes it is necessary to count slates to determine the percentage of broken or otherwise deteriorated shingles present on a roof. Here, roughly 72 of the 369 slates captured in this photograph (19.5%) are in need of repair.

As a general rule of thumb based on past experience, if 20-percent or more of the slate shingles on a roof are broken, cracked, missing, sliding out of position, severely delaminated, or suffering from inappropriate past repairs (e.g., face nailed, undersized), then it is often more practical and cost effective to replace the roof than to attempt individual repairs (Figures 8 and 9). This assumes that the deteriorated slates are randomly located, rather than being concentrated in one or two locations. 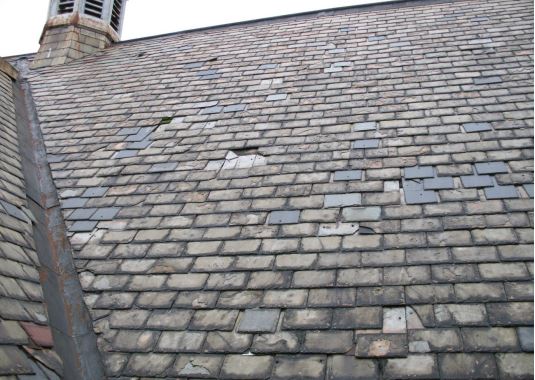